What Children with ADD (ADHD) Say About Their Medication 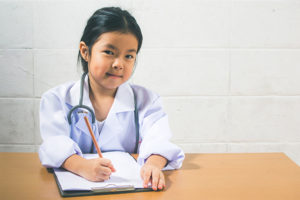 For a number of years, methylphenidate was available only as Ritalin with a duration of action (the length of time its beneficial clinical effects can be observed) of approximately 3-4 hours. Because of this short half-life, methylphenidate required multiple daily doses to obtain clinical benefits throughout the day. Recently, a number of other methylphenidate products have become available (e.g., Concerta, Metadate CD, Ritalin LA) that require only once daily dosing to address ADD (ADHD) symptoms throughout the day. These products use different delivery systems that allow for a slow release of medication throughout the day and have been shown to have pharmacological and clinical profiles comparable to twice a day (b.i.d) or three times a day (t.i.d.) dosing with typically formulated methylphenidate. To date, there is little evidence to support the superiority of any one of the once-daily products over the others.

Both Dexedrine and Adderall are trade names for products whose active component is some form of amphetamine. Dexedrine, which has been available for a number of years,is equally effective as methylphenidate for a number of problems associated with ADD (ADHD), but is not prescribed as frequently.

Adderall is the trade name for a generic compound of mixed amphetamine salts (three forms of d-amphetamine and one of l-amphetamine). It has become available for treatment of ADD (ADHD) relatively recently compared with the other stimulants and is now available as a once daily formulation (Adderall XR). Adderall, which has been studied primarily in children, has been shown to be equally as effective as methylphenidate in reducing disruptive behaviors in a classroom setting, improving parent and teacher behavior ratings, and improving academic performance. It is recommended that the maximum daily dose not exceed 40 mg (PDR). It has been reported that the duration of behavioral effects or of Adderall is generally dose-dependent, with higher doses resulting in longer duration of action (e.g., 5 mg = 3.52 hours; 20 mg = 6.40 hours). This same study found similar results for the time of peak effects for Adderall with lower doses resulting in shorter times to peak effects (e.g., 5 mg = 1.5 hours; 20 mg = 3.0 hours). In general, both the duration of action and the time to peak effects is longer for Adderall compared to methylphenidate The half-life of Adderall has not been conclusively determined, but given its chemical composition, it would be expected to be similar to that for Dexedrine! (e.g., 6-7 hours). Adderall XR has a much longer duration of action (e.g. 10-12 hours).

only the effective isomer (3-4 hours)

The main side effects of stimulants are appetite suppression and insomnia. It appears, however, that these side effects are not as severe with the long-acting stimulants. In addition, long-acting stimulants are smoother and keep symptoms at bay for many hours on end without the feelings of medication effects starting and stopping throughout the day. This long-duration may help the student address not only symptoms causing academic difficulties but also those that can affect social and daily-living activities.

Strattera is a selective norepinephrine re-uptake inhibitor, which is indicated for the treatment of ADHD in children, adolescents, and adults. To date, 1109 children and adolescents and 536 adults have been included in double-blind, controlled trials. Strattera is currently the only agent that has an FDA-approved indication for treatment of adult ADD (ADHD).

The mode of action of Strattera in the treatment of ADHD is currently not known. However, it is the only medication that affects the regulation of norepinephine by acting as a potent inhibitor of the presynaptic norepinerhrine transporter. It is not associated with an appreciable abuse potential and is not a controlled substance.

Strattera is recommended to be administered as a single daily dose in the am or pm. and with effects lasting until the next dose. It may be administered with or without food. Although, some evidence indicates that taking with food decreases gastrointestinal side effects. Side effects include initial weight loss, gastrointestinal distress, somnolence, and some dizziness.

What children with ADD (ADHD) say about their medication:

(the following are direct quotes from children in treatment for ADD (ADHD) with Patricia Quinn, M.D.)

Copyright 2004 by ADDvance.com. All rights reserved. This material may not be published, broadcast, rewritten or redistributed.