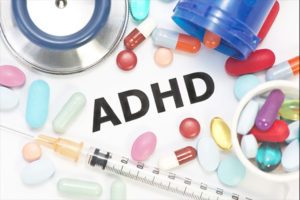 A decision to prescribe medication for a child or adolescent with ADHD is always a decision made jointly with the parents. Many parents are most comfortable with a treatment approach that initially consists of building brain-friendly daily habits, guiding parents to provide helpful structure at home, providing behavior management coaching to parents, and consulting with the child’s school. Once all of these support systems are consistently in place, if the child still struggles with academic performance, behavior or social problems, then many parents are more comfortable considering adding stimulant medication to the child’s treatment regimen.

The decision to take medication is always a decision that should be reviewed periodically to determine its benefit. A decision to use stimulant medications does not mean that a patient will “always” need to take them. As ADHD symptoms tend to increase with increased performance demands or with an unsupportive environment, the need for stimulant medication may vary from one time to another.

In some instances, once a child begins taking stimulants, the parents have stated that they wished they had agreed to stimulant medication much earlier once they see how beneficial the medication has been for their child or adolescent.

I recall one adolescent who presented with symptoms of depression. During her evaluation, it was discovered that she also had symptoms of attention deficit hyperactivity disorder, predominantly inattentive type. Her parents disclosed that she had been informed of their daughter’s ADHD many years earlier, but had been reluctant to treat with medication for the condition. Unfortunately, their daughter’s untreated ADHD had resulted in increasingly poor school performance. By high school, she had become depressed due to her poor academic record and her belief that she disappointed her parents. Eventually, her parents reluctantly agreed to stimulant medication for their daughter. The medication helped her perform better at school and at home, and as her performance improved, so did her mood.

This is one of many success stories of children, adolescents, and even adults who have been treated with medication for their symptoms of ADHD.

My approach is that of gentleness, understanding, and patience. I may recommend a treatment approach, but my belief is that the treatment should be guided by the adult being treated, or the parent designated to make medical decisions for the child or adolescent.