Hormones and ADHD in Women 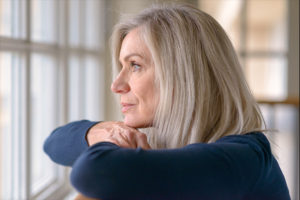 “I’m 43 and since the “flashes” began, my ADHD symptoms are so much worse.” … I’m a 56 year old woman with ADHD on Ritalin and for the last few years my medication does not seem to be working as well as it did several years ago.” … “I’m 53 and seem to have more problems with depression and ADHD now that I am entering menopause.”

Hussey (1990) first addressed the issue of hormones and their relationship to ADHD by noting that girls with ADD may have increasingly severe problems with the onset of puberty. He wrote that increased hormonal fluctuations throughout the phases of the menstrual cycle might result in increased symptomatology. Zametkin reports that girls show a decrease in cerebral glucose metabolism at puberty that is not seen in boys. This decrease is dependent on degree of physical (sexual) maturity and thus specific to sexual developmental stage rather than chronological age. Therefore, it only seems logical to look into the correlation between hormones particularly estrogen and ADHD in women.

Studies in women have shown that estrogen improves memory and cognitive functioning. Research using objective psychometric tests has reported higher score for women taking estrogen. Estrogen appears to exert a global effect on cognition enhancing or maintaining aspects of verbal memory, but does not appear to have a similar effect on spatial memory.

In addition, it is now known that estrogen exerts profound effects on mood, mental states, and memory. Low levels of estrogen in women are associated with PMS, postnatal depression and post-menopausal depression. It has been proposed that whenever brain estrogen falls below the “minimum brain estrogen” requirement, for whatever reason and at whatever age, brain dysfunction may result.

I have found this to be a very critical, but often overlooked area in treating women with ADHD. I often hear from women who report that as they enter perimenopause and the “flashes” begin, they have more problems with their ADHD symptoms or that their stimulant medication does not seem to be working as well as it did previously.

Women with ADHD need to be aware of several perimenopausal and menopausal issues. First, menopause comes with a whole host of symptoms including memory problems and mood changes, in addition to the hot flashes, insomnia, etc. Women entering menopause frequently complain of difficulty with short-term verbal memory, word retrieval, and mental clarity. These symptoms are now thought to relate to decreasing estrogen levels that affect the brain. As a woman with ADHD, you need to work with a physician who is aware of the interaction between ADHD symptoms and estrogen levels.

Perimenopause is also a time associated with mood changes and the onset of depression in some women who have had no previous history of the disorder. These women report feeling sad, irritable, tired, and worried, as well as having difficulty sleeping. This depression and the cognitive deficits associated with decreasing levels of estrogen that occur as a woman enters menopause, combined with ADHD symptoms may cause a woman with ADHD to have difficulty coping her ADHD symptoms as well as she was previously. She may find herself becoming less functional as she enters this phase of her life. I find this is often the reason why a woman seeks help for her ADHD for the first time in her late 30s, 40s, and 50s. At that time, she may present to a physician with full-blown ADHD or a worsening case, if they have been diagnosed previously.

Physicians need to take all of this information into account and design a holistic approach to assist women with ADHD in getting back on a more even keel. Treating ADHD in women at the various life stages is a challenge and no two women have the same needs. Stimulant medication dosage may need to be increased and most women need symptom coverage for 16 to 20 hours per day. In addition, sleep issues need to be addressed. Multiple doses of long-acting stimulants depending on their duration are advisable; and the new non-stimulant product lasting 24 hours may need to be considered along with a stimulant. Antidepressants and estrogen or thyroid hormone supplements may also be warranted in certain cases.

Women should also practice good self-care eating a wholesome, nutritious, well-balanced diet, and getting plenty of exercise and sleep. She should discuss her symptoms with a physician and bring up the possibility of taking vitamin supplements and using alternative therapies to boost estrogen or omega-3 fatty acids. Above all, a woman with ADHD should be kind to herself and get all of the help and support she can to make this difficult transition time more comfortable for her.

This article is copyrighted and cannot be used, copied, or distributed without the written consent of Advantage Books, LLC.

For more understanding of these issues, the following books are recommended: