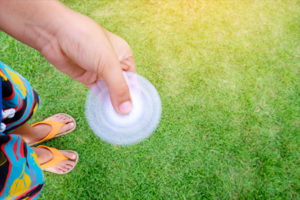 Our understanding of ADHD continues to grow and change over the years. We have known for many years that several psychiatric conditions are commonly found in children and adults with ADHD.

– Dyslexia and other learning disorders

Less has been studied about anxiety and mood disorders in children, although it is well-understood among those of us that test and treat children, that stress and anxiety are common problems among children with ADHD, especially those that don’t act out defiantly, but are more prone to internalize their daily frustrations and difficulties associated with ADHD.

As individuals with ADHD grow into adolescence and adulthood, the likelihood of having a co-occurring psychiatric condition increases. Some researchers report that 80% of adults with ADHD have at least one co-occurring condition and often more than one. These include:

Among women diagnosed later in their life with ADHD, the most common prior diagnosis was depression. Because there is much overlap between symptoms of depression and those of ADHD, many mental health professionals mistakenly attribute all of the symptoms to depression rather than diagnosing ADHD in combination with depression.

Many adults with ADHD may not experience enough symptoms to warrant a second psychiatric diagnosis, but may experience what John Ratey, M.D., refers to as “shadow syndromes” in which they have some, but not all of the symptoms of bipolar disorder, mood disorders or an anxiety disorder. Well-known ADHD researcher Tom Brown, Ph.D. has recently proposed that ADHD is a “foundational disorder,” meaning that having ADHD creates vulnerabilities that make it more likely that other psychiatric disorders will develop later.

At the Chesapeake Center, we treat individuals in all of their complexities, not just their ADHD. We take this broad spectrum approach because we find that ADHD treatment is not successful if other issues are ignored. Although people come to us for assessment of or treatment of ADHD, our testing and assessment as well as our treatment approach is comprehensive — designed to address all of the issues that cause struggles or discomfort for our clients. And more importantly, we work with our clients to help them recognize their strengths, interests and talents, not just to help them address their challenges.

For clients that are already in treatment with another mental health professional for issues relating to anxiety, depression, substance abuse issues or other disorders, we are happy to work in collaboration with them, as well as with physicians that prescribe medication as an integral part of the treatment.