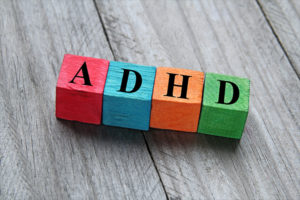 ADHD is the most highly researched childhood psychiatric disorder. By current definition, according to the Diagnostic and Statistical Manual, 4th edition, (DSM-IV) of the American Psychiatric Association, there are three subtypes:

All three of these sub-types are called ADHD, which can be confusing since the Predominantly Inattentive Type does not demonstrate hyperactivity. The public often calls the inattentive sub-type of ADHD by the name “ADD”, which makes logical sense. Officially, however, all sub-types of the disorder are called ADHD.

Whether or not your child takes stimulant medication to treat ADHD, there are many things that you need to do to help your child to reduce ADHD challenges including:

Daily aerobic exercise — This is probably the single most important thing that your child can do to improve brain functioning. 30 minutes or more of aerobic exercise each day will immediately increase the levels of dopamine and serotonin in your child’s brain, as well as the levels of BDNF (Brain-derived Neurtrophic Factor), a neuro-chemical that enhances learning and the development of new neurons.

Adequate sleep each night — Check with your child’s pediatrician about the recommended number of hours of sleep your child needs. Many children today are chronically sleep-deprived. Sleep deprivation affects the pre-frontal lobes of the brain, the same area of the brain affected by ADHD that causes your child to have difficulty with concentration, impulse control, working memory, planning and follow-through.

Protein at each meal, especially breakfast — studies show that children that eat protein for breakfast do measurably better on academic tasks during the school day.

ADHD doesn’t always begin in early childhood. Although the current DSM-IV requires that symptoms are present before age 7 for a diagnosis of ADHD, the DSM-V, expected to be published in May 2013, no longer requires symptoms in early childhood. There are many reasons that a child’s ADHD may not be identified until he or she is older.

ADHD “runs in families.” ADHD is transmitted genetically. There is no single gene that transmits ADHD, but several genes have been clearly identified as being involved in ADHD.

ADHD is a very common childhood disorder. One population study conducted in North Carolina, found that up to 15% of children in a large school district were reported by parents and teachers to have ADHD. Up to 1 in 7 children show significant signs of ADHD, with even more children showing some signs of it.

ADHD is not the product of poor parenting, too much television, or too much sugar — but these and many other factors can increase the severity of ADHD symptoms. Your job as a parent is to learn about the factors that can reduce your child’s ADHD symptoms and introduce them into your child’s daily life.