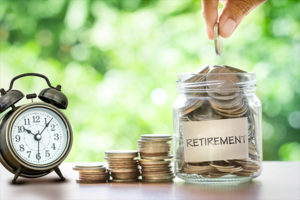 In 1995, Driven to Distraction became a national best-seller, introducing the concept of ADHD in adults to the general public. Now, ten years later, the leading edge of the baby-boom wave is approaching the age of 60, with retirement just ahead for many of them, and early retirement an option that some have already taken.

Just as kids with ADHD grew up, creating a large demand for information to help them navigate the challenging transition to adulthood, now adults whose ADHD was identified in middle age need guidelines to help them prepare for a different, but equally important life transition — retirement.

“What’s so hard about retirement?” you might ask. For twenty-somethings with ADHD the challenges they face are clear, but for adults heading toward retirement, it would be easy to assume that their ADHD challenges are about to decrease. When we think about managing ADHD, it’s helpful to think in terms of

As a young adult faces the challenges of independent living, his stress level increases, the levels of structure and support provided by parents decrease, and he needs to develop new life-management strategies to deal with a new set of daily life challenges.

Now, let’s consider retirement. With retirement one’s stress level decreases, which is positive only to a point. Everyone has an optimal level of stimulation. When stimulation or stress levels goes too high they go into “overwhelm,” experiencing high levels of anxiety and increased ADHD symptoms. When stimulation levels fall too low, an individual with ADHD may fall into depression, lethargy and boredom. Under-stimulation often leads to unhealthy daily patterns such as over-eating, watching too much television, and increased consumption of alcohol or other mood-altering substances.

And just as a young adult is suddenly challenged to develop new daily coping strategies, so is the older adult who enters retirement.

Marie was an art teacher in the public schools whose ADHD was not diagnosed until she was in her 60s. As a single mother working full time, she had somehow muddled along. Her work hours were the same as her children’s school hours and meeting the needs of her children during the evenings and weekends provided a great deal of structure to her non-work time. After her children grew up, Marie continued teaching art — something she enjoyed a great deal. However, she noticed that she no longer cooked regular meals. “Not worth the trouble for only one person.” And her housekeeping standards gradually fell. “Nobody has to look at the mess but me.” The real problems began post-retirement. Marie moved from her house to an apartment — “Less upkeep,” she reasoned, and registered for graduate level art classes — something she’d wanted to do for years. But life began to unravel. As she dove into her art classes, she never got around to unpacking. Her small apartment was crammed with unpacked boxes that she shoved against the walls. Her dining room table was covered with art projects. Meals deteriorated into snacks — crackers and the occasional can of soup. Sleep patterns became completely disrupted. With very little schedule she found herself staying up until early morning, sleeping a few hours here and there, and becoming increasingly isolated. Her daughter’s visit triggered the alarm when she found that her mother had lost weight, was living in complete chaos, and had little food in the house.

A visit to her primary care physician accompanied by her daughter prompted the physician to refer Marie to a psychologist for a complete evaluation which led to an ADHD diagnosis. Fortunately, the psychologist referred Marie to a psychiatrist willing to consider prescribing stimulant medication to an older adult. A plan of action was developed. Marie moved to the town where her daughter lived — a move that allowed the daughter to help her mother unpack and organize her new living space and also provided Marie with regular people contact. Stimulant medication was very helpful to increase her focus and ability to organize. Psychotherapy helped Marie to understand her ADHD and the need for structure and daily patterns. Regular sleep times and eating times were established. Marie was also encouraged to participate in community activities, to make regularly scheduled visits to her local library, to join a local church that organized numerous activities for seniors, and to resume her beloved art classes. With stimulation, structure, support and strategies in place, Marie began to feel and function much better — feeling like her “old self” again for the first time since retirement.

Ron was an attorney in his sixties who had retired from a government job two years before he consulted a psychologist at his wife’s insistence. Although Ron had always tended to be a bit disorganized, he had functioned fairly well at work over the years. As he prepared for retirement, he decided to establish a small law practice from his home. This would allow him to “keep his hand in” and would bring in a little additional income. He had business cards printed and passed them out to friends and acquaintances during the year before his retirement. Several people called asking for legal services. He wrote wills, established trusts for older individuals, and took on a range of other legal work.

Two years after retirement, his wife became very concerned as she gradually realized that several of her husband’s private clients were very angry and even threatening law suits. Ron’s ADHD had been easier to manage in a structured office setting where there were many other individuals who took care of administrative details and sometimes reminded him of meetings and deadlines. Now, operating completely on his own, he had never set up an adequate system of record-keeping. Client statements were sent out irregularly and were often inaccurate. Deadlines were missed and reports weren’t written when promised.

A thorough clinical assessment revealed that Ron had lived with undiagnosed ADHD throughout his life. His high intelligence had helped him graduate from college and then law school (although he admitted that grades had been highly variable and he graduated in the lower half of his law school class). His instincts had steered him away from the rigorous demands of a private law firm toward a more structured, less demanding position with the government where Ron had performed adequately, but had never been promoted to a position of leadership. The structure and support of the workplace disappeared, while the demands for organization, attention to details and time management increased as he began his small private law practice,. Ron badly needed new ADHD management strategies. Daily problems snow-balled into threatened lawsuits and, at his wife’s prompting, Ron was finally assessed and received a diagnosis of ADHD.

While stimulant medication helped somewhat, it was clear that Ron was not suited to manage an independent law practice, even on a small scale. At first he resisted the idea of shutting down his practice. Later he agreed, but insisted upon wrapping up the legal work on ongoing cases. After several months Ron finally agreed that he couldn’t meet this goal, even with treatment for his ADHD (psychotherapy and medication). At his psychologist’s suggestion he finally agreed to engage the services of a law student (structure and support) who helped him to organize his paperwork, take care of details, contact clients and finally close his practice.

Ron and Marie are not alone. ADHD is a common condition affecting people at every stage of life. And as the baby boomers prepare for their retirement years, the importance of understanding how individuals with ADHD are affected by retirement will become increasingly important.

Tips for an ADHD-friendly Retirement

Get help in planning for your retirement. Don’t just let it happen and worry about the results later.Healthy sleep patterns are critical. Be aware of the risks of sleeping too much (often a sign of depression) or of falling into patterns of staying up most of the night and sleeping much of the day.

Find convenient ways to assure regular healthy meals. Many ADHDers fall into little or no meal planning which often results in very poor nutrition as they resort to snack foods with very few fruits and vegetables.

Look for ways to structure your days. Part-time work can be very gratifying as it provides stimulation, structure and a sense of accomplishment — not to mention additional income.

Volunteer activities can provide structure and stimulation too — activities that get you out of the house on a regular basis are best.Don’t let yourself fall into social isolation. Because planning and organization are often areas of weakness for adults with ADHD, look for activities that occur regularly that you don’t have to plan or initiate.

Actively look for support from others. Support can come from family members, friends and ADHD coaches and professional organizers.

Don’t fool yourself that because you have “plenty of time” that you should take over activities that have always been difficult for you. For example bill paying, record-keeping and tax return preparation.

Be aware that you’ll be more likely to pursue the “things you’ve always wanted to do” if you can find a group or organization to join that provides a structured way for you to engage in these activities.

Remember, ADHD affects us throughout our lifetime. Just because you’re retired doesn’t mean that you can ignore your ADHD. (As you see in the stories of Marie and Ron, retirement years may be a time when you need treatment and support for ADHD more than ever.)

Enjoy the “upside” of ADHD. Often, one of the gifts of ADHD is curiosity — an interest in a broad number of topics and activities. Now that you’re retired, you’ve got time to pursue them! Just be sure to build in the structure, support and strategies to help you make your lifelong retirement dreams come true.